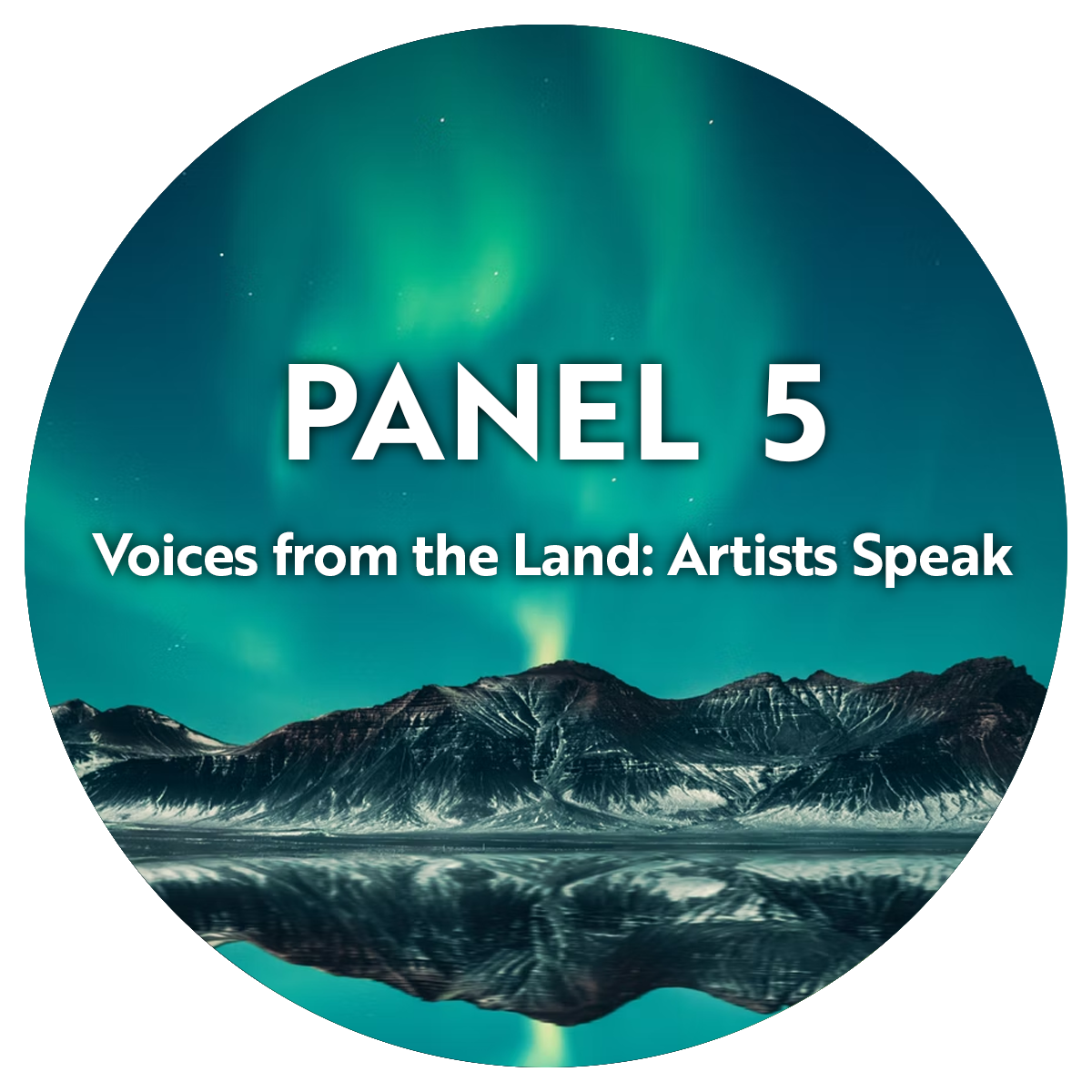 Sonya Kelliher-Combs (Iñupiaq/Athabascan) is a mixed-media visual artist whose family hails from the North Slope and Interior of Alaska. Her work focuses on the changing North and our relationship to nature and each other. Through visual art, community engagement, curation and advocacy, Sonya works to create opportunities to feature Indigenous voices and contemporary artwork that inform and encourage social action. Traditional women’s work taught her to appreciate the intimacy of intergenerational knowledge and material histories. These experiences and skills allow Sonya to examine connections between Western and Indigenous cultures. Sonya lives and works in Anchorage, Alaska.

Acclaimed “Inuindie” pop star Beatrice Deer is a singer-songwriter based in Montreal. Half Inuk and half Mohawk, Beatrice was born and raised in Nunavik, Quebec, in the small village of Quaqtaq. She has released six studio albums, including her newest, titled SHIFTING. Her award-winning songs are crafted upon deeply personal lyrics and blend indie rock and modern folk with traditional Inuit stories and throat singing.

The recipient of a 2021 Prism Prize and an Apple Music Ambassador, Beatrice Deer sings in three languages: Inuktitut, English, and French. A beloved figure in Arctic Canada, she has performed worldwide, from the Venice Biennale to Norway’s Førde Traditional and World Music Festival to the Heard Museum in Phoenix, Arizona. Her bandmates and collaborators, all longstanding members of Montreal’s music community, have worked with diverse and dynamic musical acts such as Leif Vollebekk, Land of Talk, Stars, The Barr Brothers, Bell Orchestre, Little Scream, The Besnard Lakes, and Suuns.

Beatrice’s previous full-length album, My All To You, won the 2018 Canadian Folk Music Award in the Pushing the Boundaries category, and Best Folk Album at the 2019 Indigenous Music Awards. More recently, in 2022, the award-winning TV short Angakuksajaujuq: The Shaman’s Apprentice, for which Beatrice composed the musical score, was shortlisted for an Oscar nomination for Best Animated Short Film.

Beatrice Deer’s sixth studio album, SHIFTING, explores the process of getting closer to the place where we’re meant to be in life. “Emotionally, spiritually, and physically, the transition toward our authentic selves continues,” she says. “As I shift into the position where I’m meant to be, I want to keep using what I’ve learned to help others.”

A role model to her community and a stalwart advocate for mental health, Beatrice feels strongly that each of us, no matter what we’ve been through, has the ability to transform our personal outlook. Her message, whether shared in song or at speaking engagements, comes from her own lived experience of overcoming countless obstacles. “You can’t be a changemaker if you haven’t gone through it yourself,” Bea says. “You can’t help without healing yourself first. You can’t change what happened; you can only change how you deal with it.”

Beatrice sees her music as a calling. “I’m not a singer just for the sake of being a singer,” she explains. “Music is a megaphone to get people’s attention. When I have your attention, the message reaches you. I find that music expresses what we can’t express verbally. A song can carry so much more than words. We don’t have enough vocabulary to say what we really feel. Music brings another level of frequency to the emotion that we are feeling.”

One of the themes of SHIFTING is that life is a process of becoming. “You don’t reach a place in life and say: That’s it, I know everything now. No! Life is an ongoing, growing experience. And when you die, it’s just physical—the spirit goes on. The soul goes on. Right now, I’m in a period where I’m shifting from one place to another, higher level.”

SHIFTING explores how love enters our lives, the human drive to survive, and the realities of grief. The debut single “The Storm” is about getting lost in a northern snowstorm—also a metaphor for life. “When you’re lost in the storm, you don’t know where you’re going,” Beatrice says. “You try to navigate—but are you even going forward? In the winter, everything’s white. You can’t see anything. You can’t tell the difference between sky and land. Then, in the darkness, you see a light ahead. That’s the way. You go for it and you don’t stop. You just go toward that light. That’s when you know that you’re shifting into your path.”