Recording and reflecting the Yukon 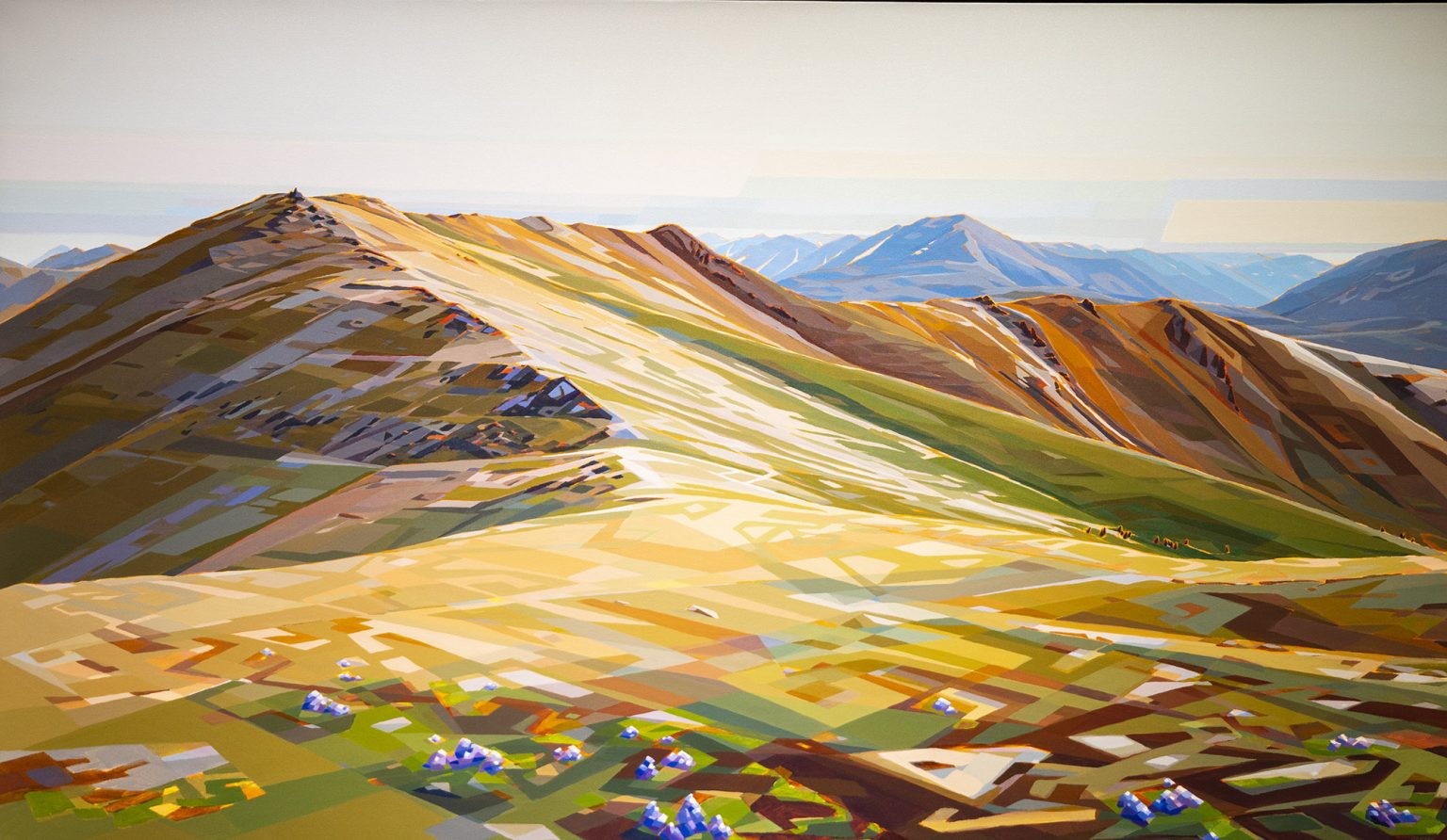 The Yukon Permanent Art Collection is more than a collection. It’s a record and a reflection, says Garnet Muething, art curator with the Government of Yukon—not only of the territory’s arts community, but of Yukoners themselves.

That was the goal, in 1981, when the Friends of the Gallery Society was formed to acquire work to hold in trust for Yukoners. On January 21, 2022, to mark the 40th anniversary of those efforts, the Yukon Arts Centre opened a retrospective of a selection of work from the collection.

“We have over 500 works in the collection,” says Muething. “So it’s no longer possible to show all of the work in one space at one time, which is wonderful. It’s a huge, vast collection. But at the same time, it means that any show is an exercise in curating and selecting work that’s going to respond to a certain theme.”

Muething says the diversity of materials, artists and subject matter means there are dozens of stories that can be told depending on how you bring pieces together to present those themes. This show, however, allowed the work itself to dictate the theme.

“Memory is a common thread, running through the years, media and genres of the collection,” Muething wrote in a curatorial statement for the Friends of Yukon Permanent Collection.

“They are the memory of each artist’s voice and process. Together they create the collective memory of artistic responses to the Yukon experience. This multidimensional record offers us meaningful opportunities: to engage, learn, witness, reflect and discover.”

Muething did her own reflection as part of putting the show together. Over the course of 2021, she spoke to founding members of the Gallery Society as well as previous curators, including Ruth McCullough. She wanted to find out more about how the collection has evolved over the years and what the arts community was like here four decades ago.

Muething says the experience showed her the degree to which audiences have always valued northern art, and the degree to which artists themselves have both changed and carried on traditions. There are generational practices being handed down (the collection contains dolls from both Kitty and Annie Smith) and there are signs of outside influence coming into the territory in recent years. She’s also seen the impact of new residencies and organizations including the School of Visual Arts in Dawson City. All of these have offered new venues for idea exchange between artists that has led to some of the work in the collection.

The collection, which features more than 275 artists, includes paintings and sculptures, beadwork and prints, carvings and weaving, and so much more. Still, within that broad scope, Muething says one of the things that stands out to her is how landscape features in a lot of the work.

“And it makes sense because the landscape here is overwhelming,” she says. “It’s such a prominent part of our everyday lives. But what’s interesting to see in the collection is that sometimes that is reflected in the ways that people wouldn’t imagine it being reflected.”

“There’s also a lot of response to landscape that doesn’t necessarily look like landscapes where people are considering our interactions with the lands, the way that we need resources, the way that we share that space with the flora and fauna here. And so it doesn’t appear like traditional landscapes, but it’s very much rooted in that relationship,” says Muething.

Muething cites a 2002 work by Tlingit artist Doug Smarch Jr, called Erased. Purchased for the collection in 2011, it consists of a series of four portraits that reflect Smarch’s feelings of Indigenous identity.

“This past year, he submitted an additional image to add to that piece because the significance of the piece has changed so much for him,” says Muething. “He feels that, at the time that he created it, he didn’t quite understand what it meant to him. So it’s been an ongoing conversation that he’s had.”

It’s been interesting, she says, to watch the board consider what it means that the collection as a whole, as well as individual pieces within it, might change and evolve on that level. Going forward, she sees tracking and reflecting that evolution as part of the responsibility of the collection.

“The rate at which the community is changing seems to be moving more and more quickly. So it’s a challenge, but it’s an exciting challenge to try and keep up to that.”

The Yukon Permanent Collection can be viewed in full at https://yukonartscentre.com/permanent_collection.

This story is part of the Yukon Arts Centre Spotlight. View more content from the Spotlight here.

With the 10th Adäka Cultural Festival on the horizon just days after the 2022 Arctic Arts Summit, Yukon First Nations Culture…