Project Spotlight: A space to elevate the work of visual storytellers in Northern Canada and across the Arctic. 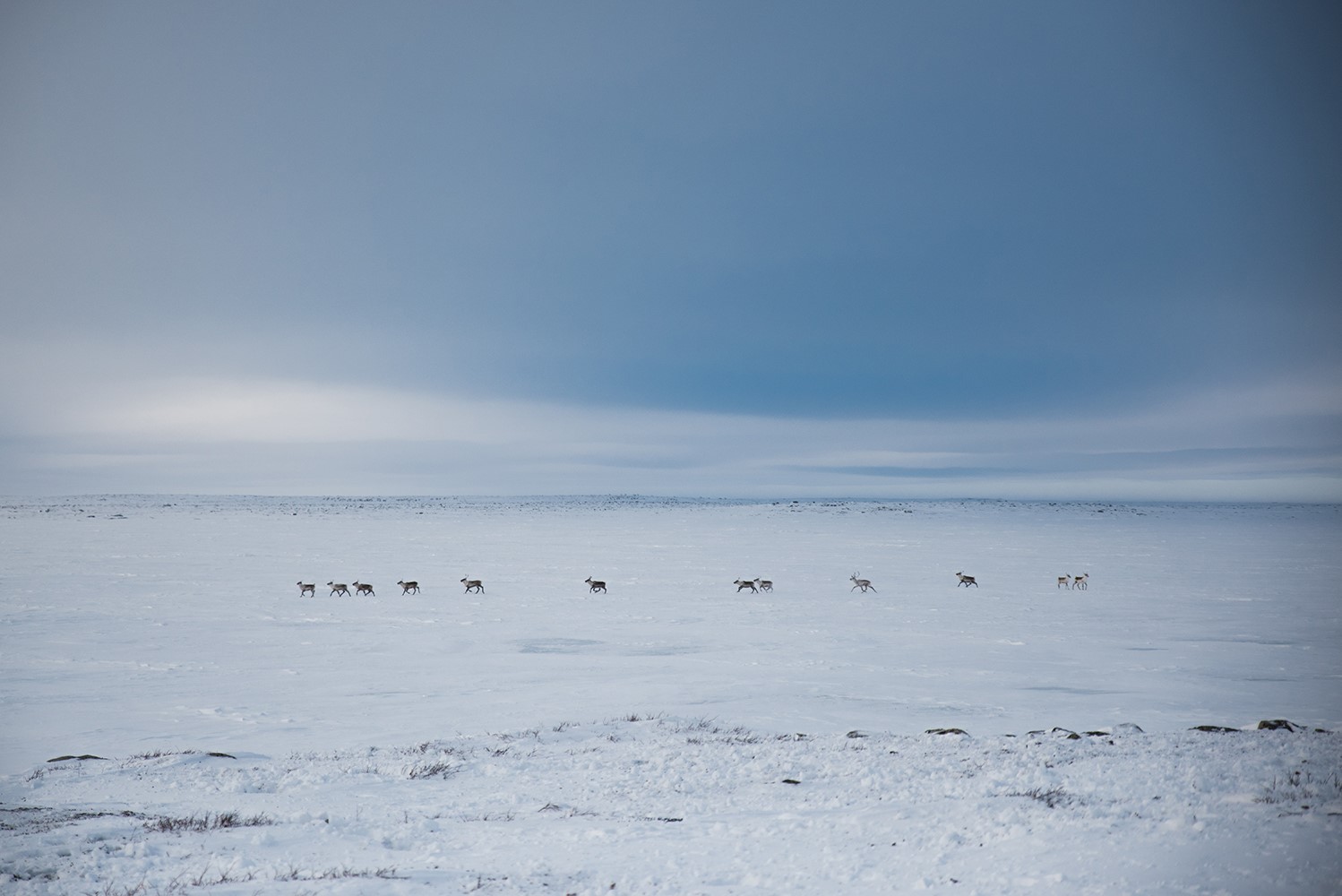 The Far North Photo Festival is a space to elevate the work of visual storytellers in Northern Canada and across the Arctic. The idea for a festival began in 2019 after discussions about how northerners could reclaim their stories and share them with the world. The festival provides a platform for northerners to share northern stories in a northern setting. It is important that we find a way to encourage storytellers from the North to share their work, seek guidance and amplify their own stories. This festival is a way to build the photography and arts industry in the spirit of sharing and mentorship.

The centerpiece of the Far North Photo Festival is the Of the North exhibit. This exhibit includes two distinct curations of photographers from across the Arctic. The first gallery features photo essays from mid-career to established artists across the circumpolar North. The aim is to reorient the geographic consciousness of documentary photography about the Arctic, which is often viewed through a “southern” perspective. Each artist blends storytelling with culture and place with an authority that comes from being of that place. The second gallery features work submitted by photographers across Northern Canada, ranging from professionals to novices. Photographers are asked to submit work that reflects their concept of home. The result is a collective snapshot of life in Northern Canada.

Pat Kane is the president and co-founder of the Far North Photo Festival. He is a photographer living in Yellowknife, NT, who takes a documentary approach to stories and issues in Northern Canada. Pat is a National Geographic Explorer, a Royal Canadian Geographic Society grantee and an alumni of the World Press Photo Joop Swart Masterclass. Pat is part of the photo collectives Boreal Collective and Indigenous Photograph. He is of mixed Anishinaabe/Irish heritage and is a proud member of the Timiskaming First Nation.

Lisa Milosavljevic is an Iqaluit-based documentary photographer and media artist who explores how cultural landscapes are made meaningful by their deep connection to people over time. She is interested in how ancient traditions and new technologies overlap, how cities are able to evolve while retaining the spirit of place and how to create culturally rich and sustainable futures. Lisa is a member of Women Photograph. She was a participant of the Documentary Organization of Canada’s New Visions Program and the Banff Centre’s photography residency program. Lisa has studied archaeology at the University of Toronto and environmental visual communications at Fleming College.

Robby Dick is an emerging photographer from Ross River Yukon. His work features people, northern life and the environment in the Yukon Territory. Robby is a member of the Kaska Dena First Nation (RRDC) and he grew up in Tu tidlini (where the waters flow) often confused as Ross River YT. He has been working closely with the Elders of his community for the last five years. He is passionate about revitalizing his language and sharing aspects of his Indigenous culture through visual storytelling.

Weronika Murray is a documentary photographer based in Whitehorse, YT, formerly based in Inuvik, Inuvialuit Settlement Region, NTs. Since settling in the North in 2013 she has worked on a wide variety of stories but her personal work often revolves around the issues of sustainability and impacts of climate change on northern communities. Despite numerous attempts to protect Tuktuyaaqtuuq (Tuktoyaktuk), Inuvialuit Settlement Region, NT’s windward shore with human-made reinforcements, the community is losing ground to the destructive force of the waves.

Her work has been published in print and online by The Globe and Mail, The Narwhal, National Post, Macleans, Canadian Geographic, Beside Magazine, Vice Canada, Up Here Magazine, Tusaayaksat, True North Photo Journal, and others. Commercial clients include Government of Canada, Government of the Northwest Territories, Town of Inuvik, Tuktoyaktuk Community Corporation, Université Laval.

This story is part of the Northwest Territories Spotlight. View more content from the Spotlight here.

Reaching the North through Northern Sights

Northern Sights is a virtual reality project aimed at helping northern artists broaden the reach of their art forms. In the face of geographical isolation from audiences, this…

Shadow of a Giant: The Story of Yellowknife’s Giant Mine

Shadow of a Giant is an interactive documentary that tells the story of one Canada’s largest environmental disasters,…