Shadow of a Giant: The Story of Yellowknife’s Giant Mine

Project Spotlight: A documentary about one of Canada’s largest environmental disasters. 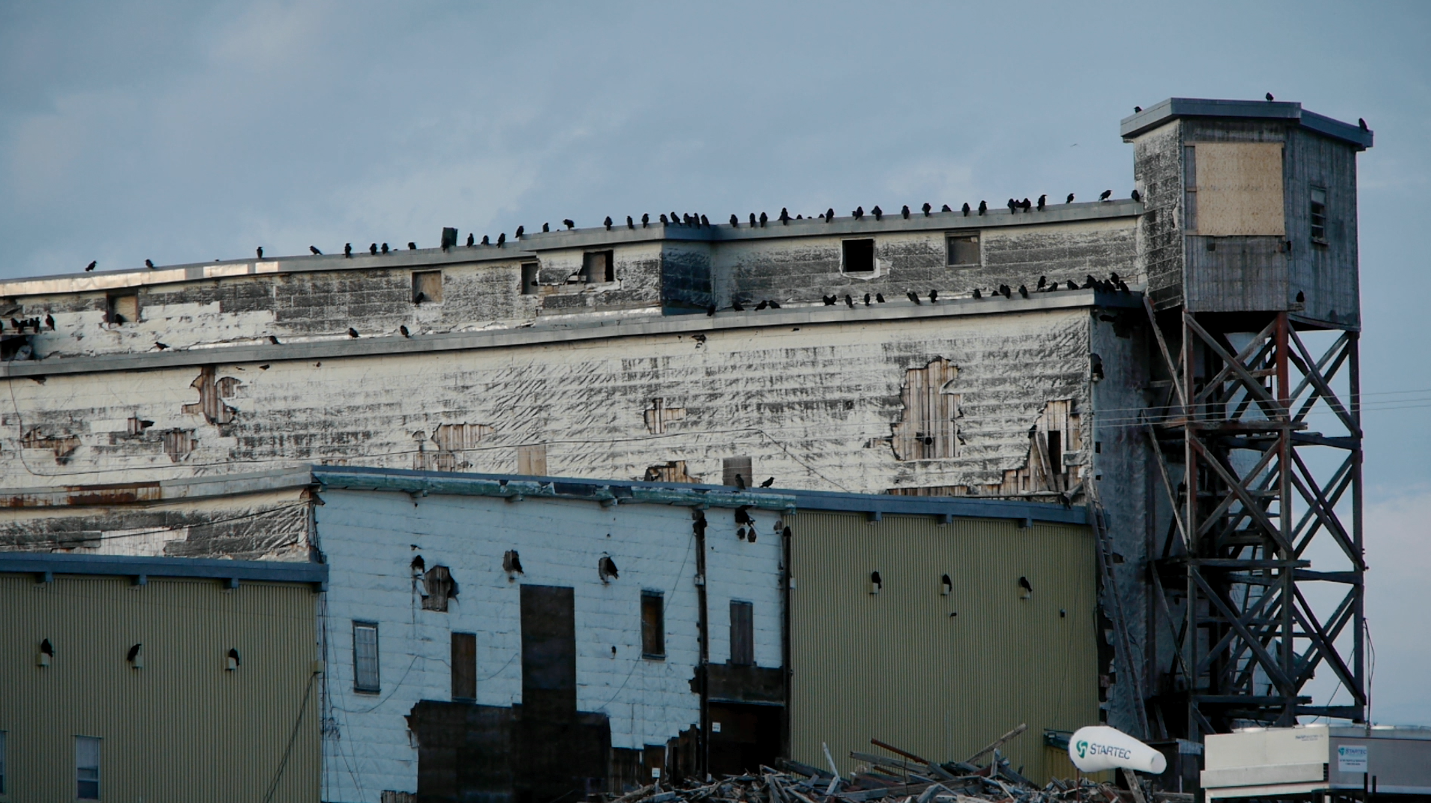 Shadow of a Giant is an interactive documentary that tells the story of one Canada’s largest environmental disasters, Yellowknife’s Giant Mine. Buried in collapsing chambers, within the municipal boundary of Yellowknife, and beside the ninth largest lake in the world, sits 237,000 tons of the highly toxic contaminant, arsenic trioxide, a byproduct of the defunct gold mine.

The city of Yellowknife and the surrounding aboriginal communities depend on a remediation plan that will refrigerate the arsenic into place, until a permanent solution can be found. Shadow of a Giant tells the story of Giant through the people who live on top of it and call it home. From the remediation (clean-up) team, who work to stabilize the arsenic; to the people who live and work in Yellowknife; to those who worked at the mine; to the proponents of the extraction industry in the North; to the Yellowknives Dene First Nations that live within hundreds of metres of the contaminated site, their collective voices tell the story of Giant’s history. Their ideas of what the Giant Mine site could become reflects a painful history for these communities, but also reveals a brighter future for this toxic legacy.

This project commenced through a Canada Council Residency project through Western Arctic Moving Pictures (WAMP) in the fall of 2012.

Credit: This video was originally published by Clark Ferguson.

Credit: This video was originally published by Clark Ferguson in 2015.

Western Arctic Moving Pictures (WAMP) showcases and supports filmmakers and digital creators in the Northwest Territories. WAMP is a membership-based, non-profit Canadian arts organization based in the city of Yellowknife. WAMP’s mission is to produce, support, showcase and promote film, video and digital media in the North.

I am a Saskatchewan-born artist and filmmaker living, working and creating in Québec. My work has traditionally been concerned with issues related to identity politics and place. My narrative works focus on aspects of regionalism and attempt to use humour as a method of investigating these subjects. My documentary works also focus on regionalism and I am intent on making those subjects both interesting and accessible for those within and outside those borders.

My work has travelled to festivals such as Festival du Nouveau Cinema in Montreal, the Yellowknife International Film Festival, The Sudbury International Cinefest Film Festival, The En Regard Court Metrage Film Festival, Winnipeg’s WNDX, Germany’s Open Air Weiterstadt Film Festival, and have had several short works presented on CBC’s National Independent film program Canadian Reflections. I also have worked with Web Docs, Theatre and have shown film work in the gallery context. I also work as a filmmaker-mentor for Wapikoni mobile and have collaborated on over 50 films in seven First Nations’ communities.

This story is part of the Northwest Territories Spotlight. View more content from the Spotlight here.

Reaching the North through Northern Sights

Northern Sights is a virtual reality project aimed at helping northern artists broaden the reach of their art forms. In the face of geographical isolation from audiences, this…

Rooted and Ascending: a Mixed-reality Exhibition

Rooted and Ascending, curated by Melaw Nakehk’o, founding member of Dene Nahjo, was a mixed-reality exhibition, which took…