Project Spotlight: Watch an archive-inspired film that retells the past, present and future of Inuit in a radiant new light. 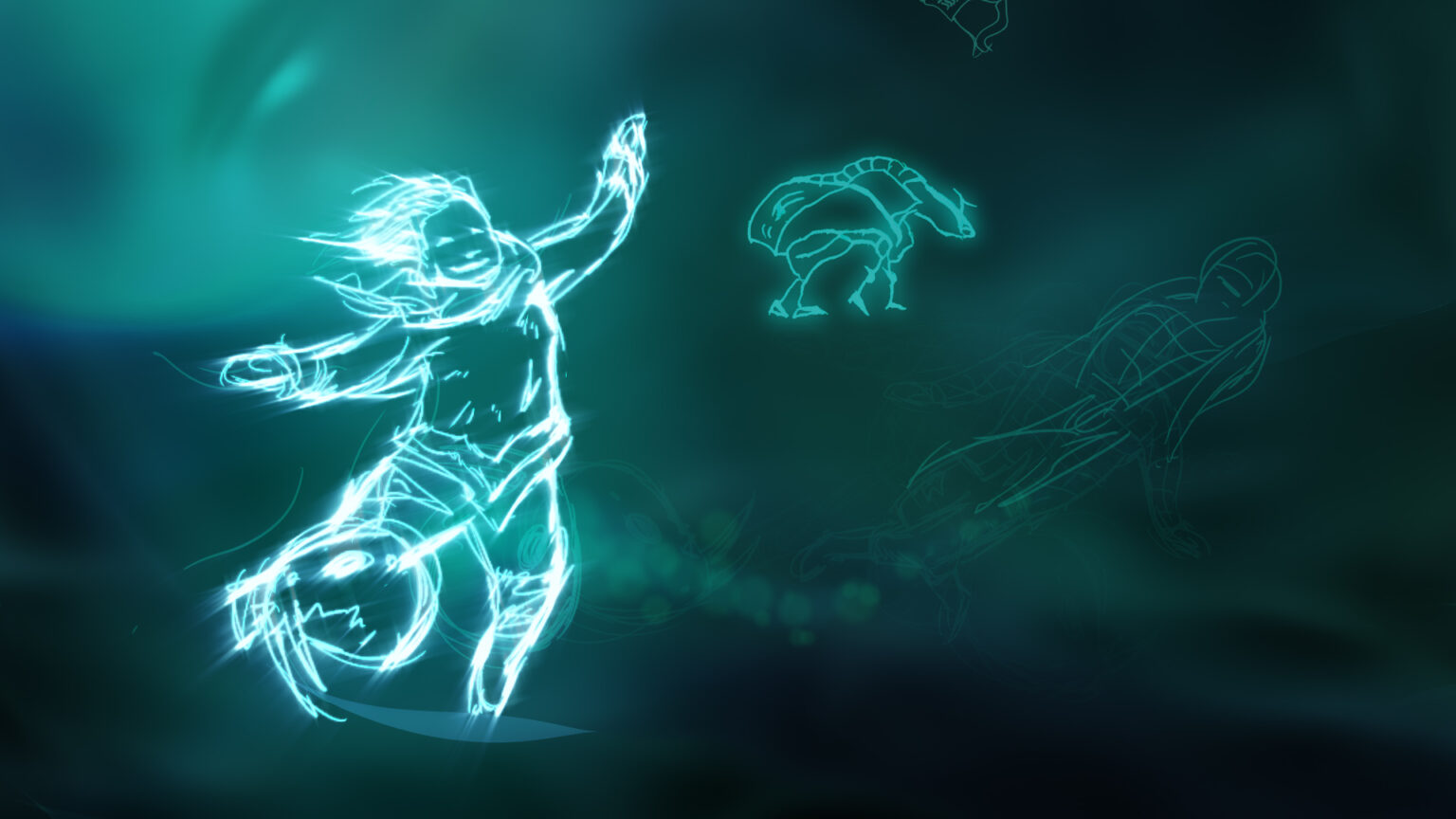 With Three Thousand, Inuk artist Asinnajaq plunges us into a sublime imaginary universe—12 minutes of luminescent, archive-inspired cinema that recast the past, present and future of Inuit in a radiant new light.

Diving into the NFB’s vast archive, she parses the complicated cinematic representation of Inuit, harvesting fleeting truths and fortuitous accidents from a range of sources—newsreels, propaganda, ethnographic docs, and works of Inuit filmmakers. Embedding historic footage into original animation, she conjures up a vision of hope and beautiful possibility.

How do you describe your heritage?

Innujunga! I am Inuk. I was born in Kuujjuaq, but primarily raised in Montreal, so I am an urban Inuk. My dad, Jobie Weetaluktuk, is a filmmaker whose extended family lives in Inukjuak, Nunavik. My mother, Carol Rowan, is a university professor who specializes in early childhood education.

What contact did you have with Inuit culture growing up in Montreal?

When I was a kid, we’d occasionally get together with other Inuit for feasts, and my family would travel up to Inukjuak whenever we could. My mother always encouraged us to know about and share our heritage. Lately I’ve been working with my fellow Inuit on various cultural events. Stephen Puskas and I were invited by the FOFA Gallery to establish an annual Inuit film festival. I’m also part of a weekly women’s sewing group, where we make traditional clothing like pualok and amauti. Inuit have been present in the city for years, but I feel now we’re working together more to give our cultural heritage greater presence in urban life.

How much have you seen of the Inuit Nunangat?

I’m very lucky. One of my first jobs after high school was on an Arctic cruise ship, and so I’ve travelled extensively throughout the four regions of Inuit Nunangat. I’ve been to Baffin Island, the Torngat Mountains, Beechey Island and lots of other places—and I got to visit traditional food caches and Thule dwellings. It was an incredible experience. I learned so much about the culture and history of Inuit during that time.

I also make regular visits to my family in Nunavik, to hang out with my cousins and spend time on the land. I try to go for a month in the winter and another month in the summer, when I go boating, pick berries and hunt seal. I enjoy Labrador tea. I learned where to look for it and pick the leaves to drink it all year long. And I love to be there when my relatives have babies.

Do you address Inuit and non-Inuit audiences in different ways?

Yes, it makes a difference. Whenever you author a film or any kind of artwork, you need to think about who you’re in conversation with, and how you’re addressing them. For example, if I’m making something for an Inuit audience exclusively, then I don’t have to explain what an amauti is. We already share a certain common understanding of the world. But when I’m addressing non-Inuit viewers, who may not be familiar with Inuit culture, then I know I have to explain more.

Yes. I love all those things—uluks, pualoks, amautis. I feel like they connect me to the past, to the great expanse of time. Whenever I use my ulu to cut something—skin or fabric—I’m doing something that thousands of Inuit have done before me, something that I hope we will continue to do into the future. That sense of connection can change how you see yourself, and how you perceive time.

None of the archival footage had sound. How did you approach the soundtrack for Three Thousand?

The old archives have no sound. They are just moving images. I felt it was critical to honour people who had been silenced by creating intentional sound that evokes life. So the sound of breath forms the foundation of the soundtrack. We recorded vocal performances by Tanya Tagaq and Celina Kalluk—sounds that bring life back to those silent images. When Inuit women throat sing, they’re evoking the sound of life around them—dogsleds, wind and so on. Catherine Van Der Donckt, my sound designer, and I also made multiple recordings of our own breath, responding in different ways to what was happening on screen.

Then we added foley, all those ambient sounds that give a sense of immediacy to the images, and lastly we added the music. Olivier Alary and I consulted extensively throughout the time the images were coming together. I heard his final music not knowing if it would fit exactly, but it completely does! It is subtle, somewhere between sadness and joy.

When you get an idea for a project, whether it’s a film or another type of art project, what kind of ethical considerations come into play?

Number one: I think it’s always better to tell your own stories. If other people invite your help in telling their stories, then that’s fine. And if for some reason, someone is not able to tell their own story, either because it puts them at risk or for some other reason, then you can try to the best of your abilities to share that story.

You identify as Inuit and speak of Inukjuak as your home community. How does this shape your work?

Whatever I make or do, I think of family—my nieces and cousins and other members of the extended family—and I try to do good.