Critical Text: A critic and curator reflects on the nature of change, loss and time in the work of Swedish photographer Erik Holmstedt. 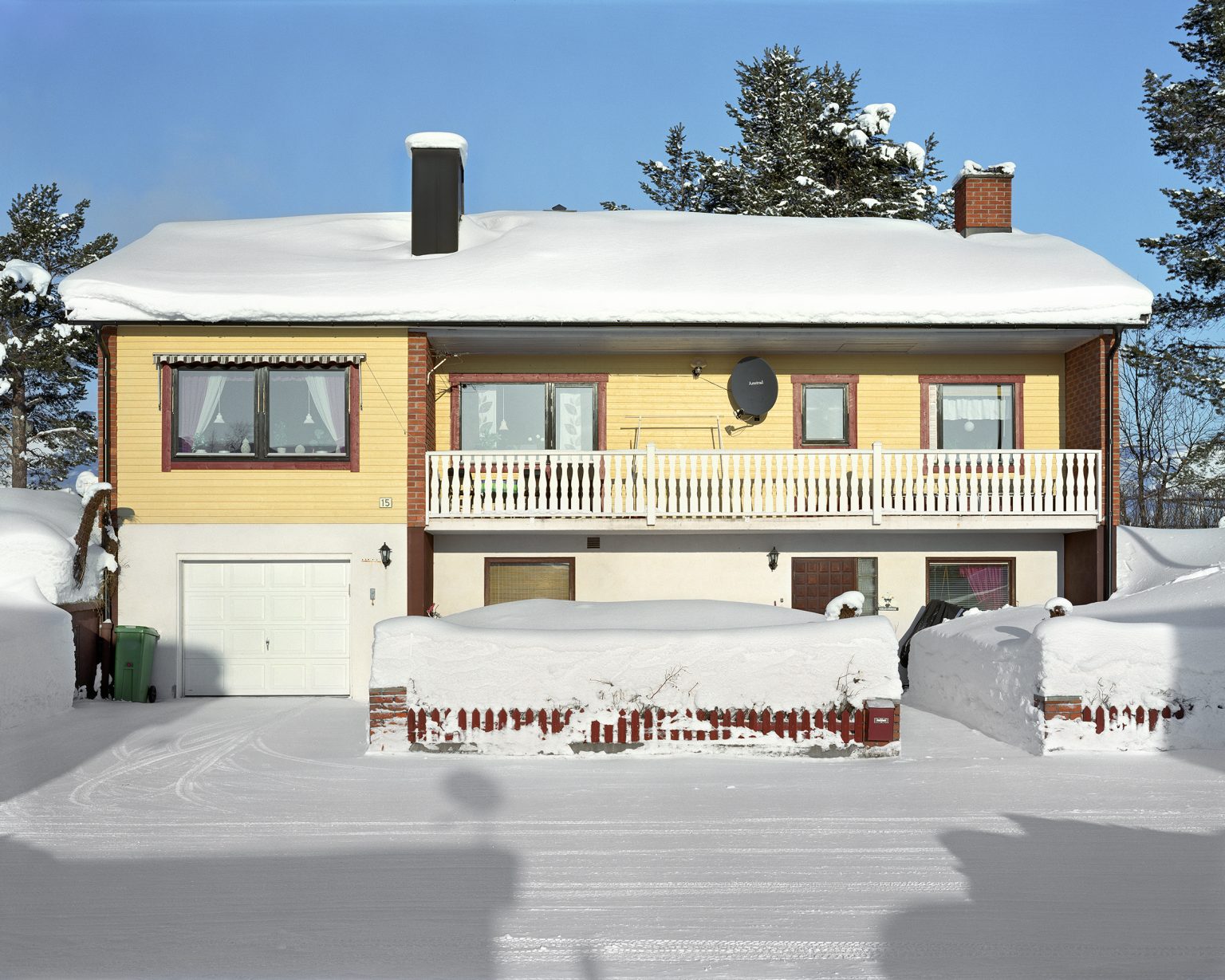 We insist in imagining photography as a medium of time and temporality, as a form of representation which inevitably and exquisitely acts as the caretaker of time and, thus, inexorably manifests the irrefutable and often fateful human presence in events and occurrences; a tool that unconditionally, throughout each single and general present, organizes us into history, identifying life and death, presence and absence, present and past tense.

Undoubtedly, the photograph is our first and foremost functional—and magical—vehicle for travels in time, a medium which more or less invents history, creates and stages the sense of time and duration that accompanies modernity: “All that is solid melts into the air” in Marx’s unforgettable phrase. His maxim embraces this remarkable combination of reification and change, tradition and renewal, loss and creation, constituting the heart and soul of modernity: the ongoing decampment and the nomadic conditions of the present in complete and absolute contemporaneity. The photograph, this border station between being and nothingness, is the narrator and the lamenter in the footsteps of change. The angel of history—in the dazzling metaphoric tableau of Walter Benjamin—is a photographer and from each and every battle, each breakdown and each transformation she returns with storytelling images. Language and pain, representation and loss; they all share grammars.

The photographic practice of Erik Holmstedt repeatedly signifies a vernacular of change, loss and disappearance, in terms of both motif and existence, by letter as well as metaphor. First of all, as a narrative hub, there is the house, the human house, deserted, left behind, eroded,  traded, or simply calling for attention in its absence, as seen and experienced in painfully melancholic reports, coloured by a quietly frontal and precise aesthetics. The house is—and always was—a home, a dwelling where people looked for their future, served and endured their presence, nurtured their past. Each house thus, so often, also a loss, a mild but yet precisely acknowledged and vocal reminder of dreams and ambitions. And surrounding the house is then the collective, society, common public spaces, often, even literally, at the edge of an abyss, as if progress insists on being mirrored in its negation: the collapse, the bankruptcy, loss, closure. Look: A shutdown store. Look: Main Street ends in nothingness. The railway station turned to family housing. The school no longer in use. Signs, i.e. propositions, which physically and semantically have lost or forgotten their meaning. And seasonal changes employed as contributing metaphors. The snow offers a protective skin across all that is and was and will be. The winter seems to freeze even vernacular existence: the stores are closed, the fireworks postponed, the cars hibernate, no one has for a long while entered or exited through the front door. Even life’s calculus is put on hold.

Nonetheless, this recognition of seasonal changes opens yet again the doors towards a larger scenario, recognizes a kind of insistent and determined awareness of the possibilities of each single situation and context, including in particular this explicit representation of transformation, renewal and rebirth: There will be another summer for sure. Houses will be reinhabited and stores reopened. Or, even, all will simply be remade, rebuilt, after the cessations and escapes. In photographic images Erik Holmstedt tells the stories of modernity; as seen and lived in Norrbotten, his home region, but simultaneously, or even because of, grounded in such local precision, universal. Generations which overlap, death and resurrection, closure and retake, forgetfulness and reappearance, collapse and (r)evolution.

Erik Holmstedt’s photography is charged from within a larger photographic context. A photographic practice which traces decisive human narratives, interventions in history, explicit even if registered, in the spirit of photography, as traces, leftovers, indexes of human presence and activity. In terms of the history of photography, this is the expression of the actual politics of modernism, mapping and articulating the advance of modernity’s society and of modern man. This has its earliest and most complete manifestation in, for example, August Sander working in the Germany of the 1920s, Walker Evans in the USA’s depression decades, or Alexander Rodchenko of the early Soviet Union; photographic representations of decisive events in these societies, contexts where novel photographic languages appear/are created under the pressure of change. Noteworthy is the nearness to the collapse or the catastrophe among these three historic references. Yet more decisive, both in terms of the history of photography and of geo-cultural reference, is the vast photographic oeuvre of Sune Jonsson, a photographic sister narrative concerning Northern Sweden through the époque of industrialism, urbanization and modernization.

In addition, the photographic language of Erik Holmstedt makes use of the topographic school of the 1970s. Holmstedt has literally grown up, photographically, with this method and ideology and it is eloquently incorporated into his photographic practice. The most significant property of topographic photography is its recognition of the cultural landscape, of the fact that the landscape is always shaped by man, that even nature and wilderness are cultural products. The photography of Holmstedt is here exceptional in its particular sensitivity, and navigates with clarity, lightness and confidence in this cultural landscape, capturing with skill and certainty its voices, its address, its music, its meanings and identities. Here is photography which recognizes the most detailed dialectical nuances, just as it knows how to combine habit and homeliness with change and absence. Perhaps this, after all, is the key chord in Erik Holmstedt’s photographic project: The identity of places, spaces, and their assessments in relation to temporal transformations. Observations of a temporal and spatial geography. Time and space, architectural history and the politics of place, zeitgeist and genius loci, the spirit of our times and the spirit of place. What we are and will be, seen through the prismatic approach of photography and its emphatic embrace of the world, the world here and now in the guise and the appearance of the Country of Truth (Sanningslandet).

This story is part of the Sweden Spotlight. View more content from the Spotlight here.

Nuuk Art Museum’s collection includes 14 lithographs of Mount Sermitsiaq by Anne-Birthe Hove (1951–2012). They are from the year of 2000 and were part of the decoration of the…