The Story of the Qaumajuq-Nunavut Partnership

Project Spotlight: An agreement between a public gallery and a Northern government builds understanding of Inuit art, culture and heritage. 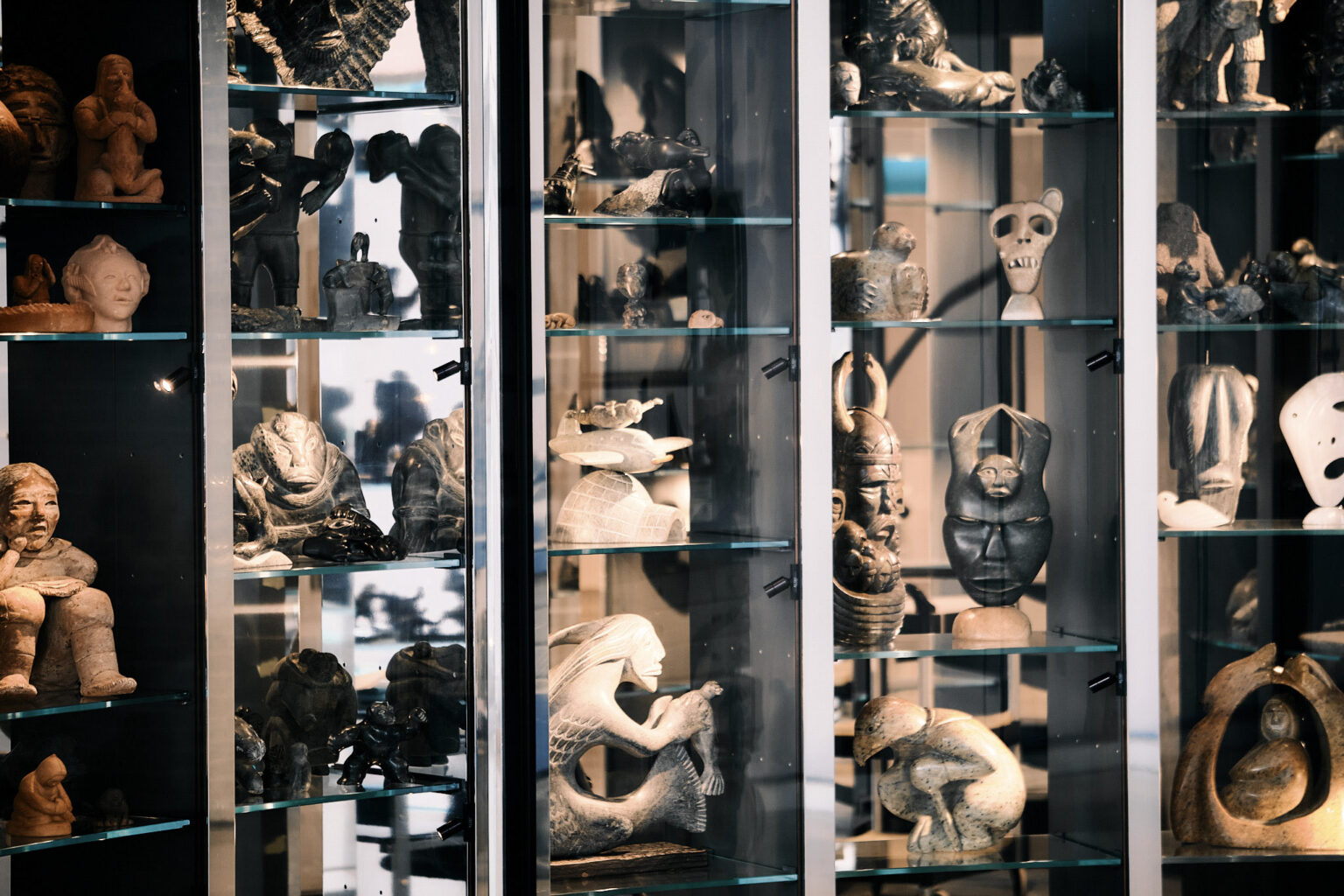 Qaumajuq is one of the latest additions to Canada’s arts and culture scene. You might be wondering, why build an Inuit art centre in Canada’s South?

The Winnipeg Art Gallery is home to the largest public collection of contemporary Inuit art in the world. The gallery began collecting Inuit art in the 1950s and today holds close to 14,000 pieces by more than 2,000 artists, reflecting decades of collaboration with Inuit artists and stakeholders. Qaumajuq increases access to the collection like never before and provides a global platform for the artists and their stories.

While the North covers over one third of the country’s land mass, fewer than two per cent of Canadians will ever set foot there. Qaumajuq is a place to build our relationships as a country, and to deepen the world’s understanding of Canada. Qaumajuq will also be a cornerstone for building capacity among emerging Inuit arts and heritage professionals, a place for mentorship, learning, and intercultural dialogue.

“I am extremely proud and happy for the Inuit artists whose artworks are now on display. I celebrate with them, and I am proud that many Inuit were involved in this preparation of Qaumajuq. The name of the building and the different rooms in Qaumajuq all have Indigenous language names selected by the Language Keepers. This really was a change in the old paradigm, ending the colonial system style as the Indigenous way took place.” — Theresie Tungilik, WAG Board and Indigenous Advisory Circle member

In addition to the WAG collection, Qaumajuq is the temporary home of the Government of Nunavut’s fine art collection. Due to a lack of space and resources, the collection was largely in storage in various locations since 1999, when the territory of Nunavut was established.

Winnipeg has long been known as a gateway to the North, sharing borders, family, cultural, trade and transportation ties. For this reason, in 2010, the Government of Manitoba and Government of Nunavut signed a Memorandum of Understanding, officially partnering on key priority areas including strengthening cultural ties through the establishment of exchanges and joint learning. This key agreement is renewed every five years, with the most recent signing in 2020.

The 2015 agreement was signed at the WAG, when the then-Premier of Nunavut, Peter Taptuna, said “we are committed to working with our neighbours to enhance opportunities to Nunavummiut, and this memorandum of understanding helps strengthen co-operation in a number of key areas.”

This partnership facilitated the relationship between the WAG and the Government of Nunavut, which approached the WAG to consolidate storage for its fine art collection, support research into the art, celebrate the artists, train museum professionals, and provide public access while Nunavut continues to establish a dedicated heritage centre for their collection.

“I am very pleased that the Government of Nunavut’s fine arts collection will finally be on display, after so many years in storage,” said Acting Minister of Culture and Heritage Johnny Mike in 2016. “The thousands of people who visit the WAG annually will shortly be able to appreciate our world-class art collection, comprised of artwork by past and present Nunavut artists.”

The Nunavut collection includes approximately 7,400 Inuit artworks. Together, the WAG and teh Government of Nunavut have made great strides in sharing Inuit stories with all of Canada and gaining worldwide exposure for Inuit art and culture. Here are some highlights from the past five years:

The temporary loan of the collection was extended in 2021 for another five years. The Nunavut collection will return to the territory when facilities are ready to house and care for the artworks. The WAG and the Nunavut Government hold a shared, long-term vision to build a permanent link between Qaumajuq and Nunavut’s heritage centre, including art and museum residencies, education programming, exhibition and promotion of Inuit art, and shared economic development and tourism. There are also plans in the works to tour exhibitions across the North. In the meantime, visitors can experience this amazing cultural resource at WAG-Qaumajuq and online.

This story is part of the Qaumajuq Partner Spotlight. View more content from the Spotlight here.

On November 30 2021, Inuit Futures in Arts Leadership, in collaboration with the Indigenous Screen Office and Akpik Theater presented