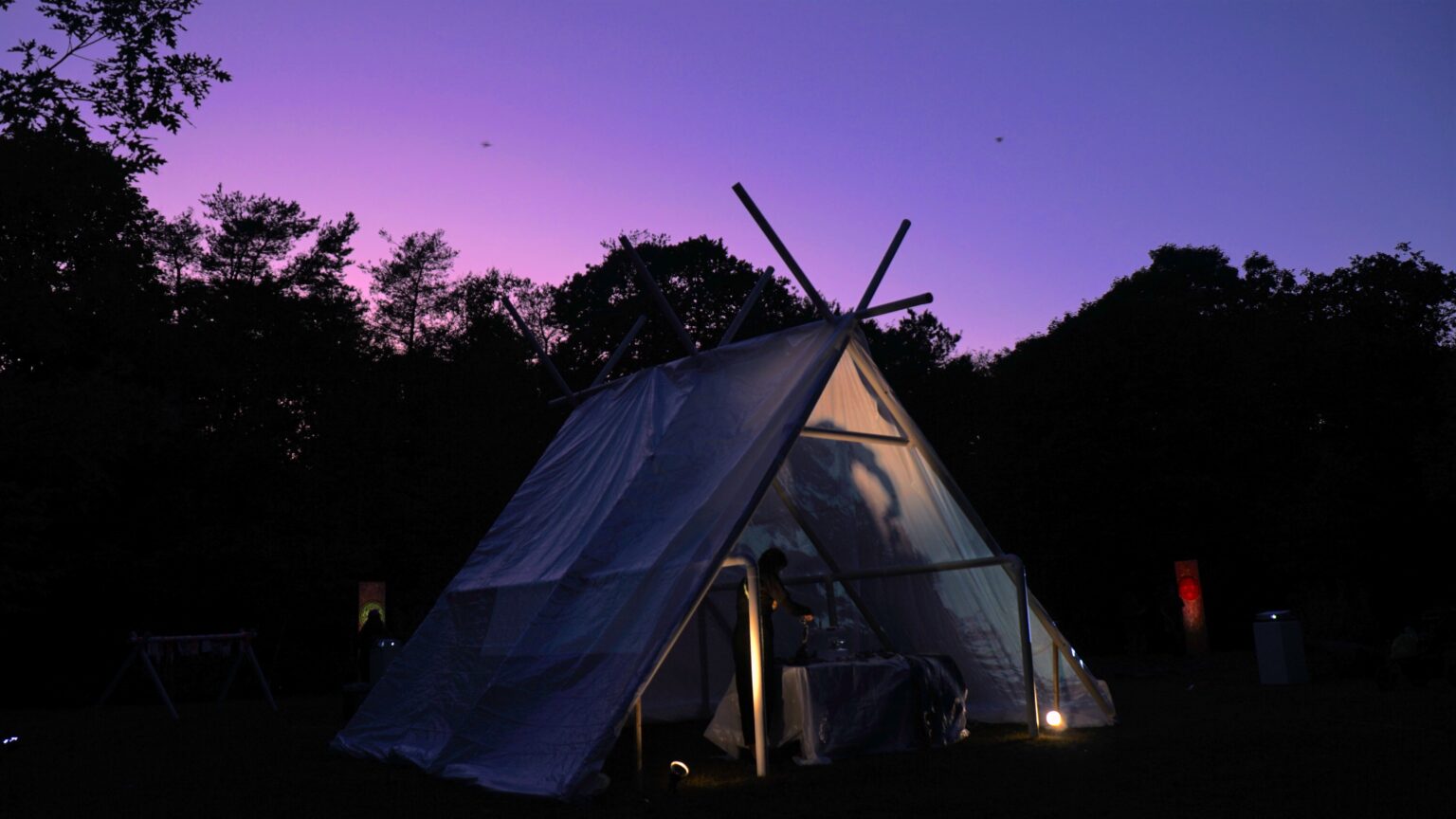 Memory Keepers is a series of three site-specific, experimental, collaborative visual art installations curated by GLAM Collective (Galleries, Libraries, Archives, Museums). In each iteration, a group of Indigenous artists who had never worked together before gathered for an incubator—an intensive visual arts residency culminating in an exhibition. Artists were provided with materials, technical equipment, studio spaces and technical assistance to help them create an experiential, interactive, digital and site-specific installation for the one-day exhibition. Each artist is their own memory keeper, where they encode, store and retrieve knowledge of the land, language and cultural practices. Their artwork translates and transmits Indigenous knowledge for future generations.

Memory Keepers II | Nujimikwite’taqatijik II brought six new Indigenous artists together for a week-long residency at NSCAD University in Halifax, NS. Artists Carrie Allison (multidisciplinary visual artist of nêhiýaw/cree, Métis, and mixed European descent based in K’jipuktuk, Mi’kma’ki/Halifax, NS), Sebastien Aubin (graphic designer and proud member of the Opaskwayak Cree Nation), Jerry Evans (Mi’kmaq artist based in St. John’s, NL), Tsēmā Igharas (interdisciplinary artist and a member of the Tahltan First Nation), Caroline Monnet (Algonquin-French contemporary artist and filmmaker), and Alberta Rose (Inuvialuik artist and curator) brought their diverse creative practices together to create an experiential, interactive, digital and site-specific installation for one night only. They drew on digital and new media arts to create an exciting, interactive installation referring to the idea of Indigenous futurisms, where Indigenous peoples are situated within a long continuum of past, present and future on this land. The resulting works were exhibited at Art in the Open, Charlottetown, PEI on August 24, 2019, curated by GLAM Collective with Inuit Futures Ilinniaqtuit Darcie “Ouiyaghasiak” Bernhardt and Megan Kyak-Monteith.

GLAM Collective (Dr. Carla Taunton, Dr. Julie Nagam, Dr. Heather Igloliorte) is a collective of scholars who work on and through Indigenous theory and methodologies, public art, performance art, digital technologies and curatorial and artistic practices that engage with space and place. GLAM Collective was founded in 2018, but we have more than a decade of experience prior to that collaborating through publications, exhibitions, research-creation projects, presentations, symposia, workshops and other initiatives. Notably, in 2016 we co-edited the special issue PUBLIC 54: Indigenous Art: New Media and the Digital, and throughout 2018 and 2019 we co-curated the three-part, nation-wide artist incubator and public art exhibition series, Memory Keepers, in the cities of Montreal, Charlottetown and Halifax, as well as Gathering Across Moana (2019) in Toronto.

Michelle Sones is a white settler graduate student born and raised in Tiohtiá:ke/Montréal. She completed her BFA in Art History at Concordia University in 2019, where she continues to study in the MA program under the supervision of Dr. Heather Igloliorte. Her MA research on institutions and Indigenous artist-run spaces is supported through the SSHRC Joseph-Armand Bombardier Canada Graduate Scholarship for 2019-2020, and the FRQSC Bourse Maîtrise en recherche for 2020-2021. Michelle is the Online Content Editor for Inuit Futures in Arts Leadership: The Pilimmaksarniq/Pijariuqsarniq Project.

This story is part of the Inuit Futures in Arts Leadership: The Pilimmaksarniq/ Pijariuqsarniq Project Spotlight. View more content from the Spotlight here.