Project Spotlight: A 2020 book on a legendary Sámi artistic collective. 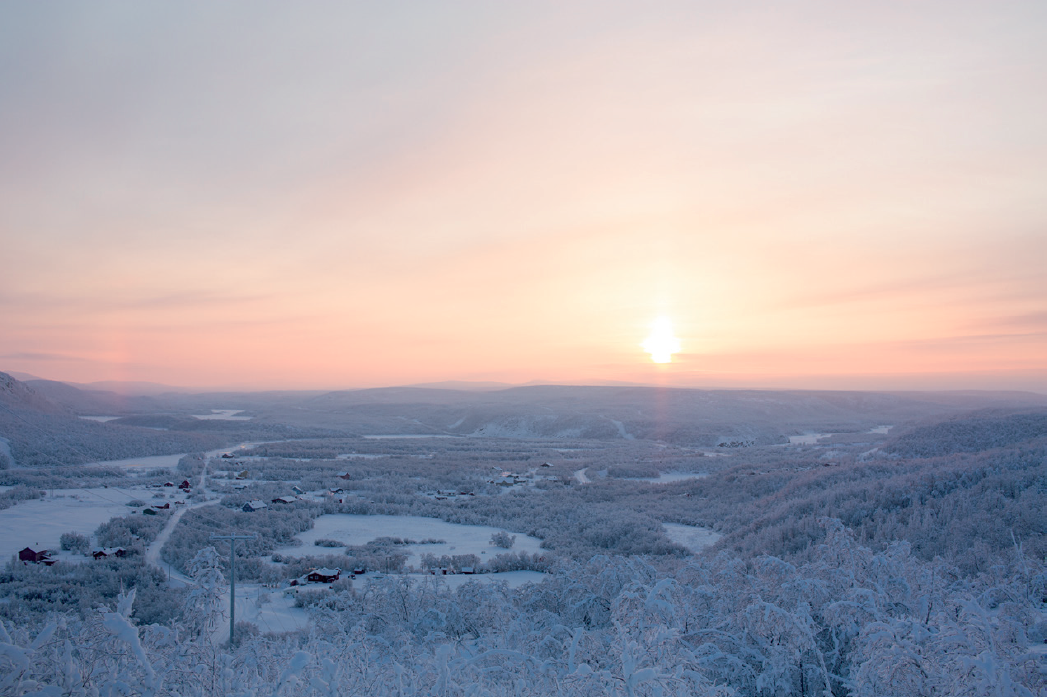 In this excerpt from the introduction of Susanne Hætta’s 2020 book, Mázejoavku: Indigenous Collectivity and Art, the author and visual artist lays the groundwork for a story of Sámi artistic sovereignty, collective organizing, activism on cultural identity and resistance to state resource extraction projects. Based on individual interviews and extensive research on the artist group Mázejoavku (1978–1983), the book includes a rich selection of archival photographs, as well as texts by Yorta Yorta curator and writer Kimberley Moulton, Spanish/British art historian Katya Garcia-Antón and Sámi scholar and duojár Liisa-Rávná Finbog.

Read more in the excerpt below:

In 1978, eight people with diverse backgrounds, artistic expressions and personalities formed the artist group Mázejoavku. They drew strength from their common identity: they were artists, they were Sámi and they shared the experience of belonging to an Indigenous people discriminated against in the Nordic countries and Russia.[1]

Sámi who were artists; artists who were Sámi: the group was unique in Norway and Sápmi. [2] Every one of them was a pioneer. They were political in their lives and in their art.  The art they created incorporated the struggle for Sámi sovereign rights, Sámi self-respect and Sámi cultural resurgence. They all had roots in the north of Norway, and chose the little village of Máze/Masi [3] as a refuge.

In the 1970s, Sámi organizations, artists and academics were increasingly concerned with building, or rebuilding, a Sámi nation. Common values, expressions and symbols were revived, created and used. The Mázejoavku was formed in the right place at the right time. Máze is one of the few settlements in Sápmi with a population that is almost 100 percent Sámi. When the construction of a large hydropower plant was being planned in the area, the centre of gravity for protestors shifted away from nature conservation and towards Sámi rights. The Norwegian authorities’ handling of those opposing the project and the Sámi’s demand that they must be heard in matters concerning them, led to an explosive situation. A positive mindset and a resilient solidarity grew among the Sámi, Norwegians and Indigenous peoples all over the world. The Mázejoavku’s activities were inextricably linked to Sámi revitalisation and the resistance movement against the construction of the hydropower plant, the Áltá Action.

I am a Northern Sámi author, photographer and artist. Due to colonial policy and mechanisms, I did not learn Sámi as my mother tongue, but Norwegian. My hope is that this book will be published in a Sámi language, as well as Norwegian and English. I grew up in Áltá during the dramatic events connected to the Áltá Action.[4]  Many of the artists, protesters and other people mentioned in this book were friends and acquaintances of my parents, so they were already familiar to me in my childhood. Two members of the Mázejoavku, Berit Marit Hætta and Josef Halse, are distant relatives of mine. In this book, I have therefore chosen to refer to the Mázejoavku members and most of the other people featured here by their first names. I think this will help readers feel closer to their story. Seven of the eight group members are still active, and very much alive on the art scene in Sápmi and internationally.

Susanne Hætta (b. 1975) is a Northern Sámi author, photographer and visual artist from Áltá/Alta, living and working in Finnmárku/Finnmark on the Norwegian side of Sápmi. Her previous books are Luondduadjágasat—Dreamscapes, about Sámi artist Synnøve Persen (2018); Mari Moments—Mari Liibbat, on Sámi artist Mari Boine (2017); the biography Utsi—veien ut av det kriminelle livet (2015) and the children’s book Okta beaivi Ánniin (2000). As a visual artist, Hætta has been represented in several exhibitions, the most recent being Let the River Flow. The Sovereign Will and the Making of a New Worldliness at Office for Contemporary Art Norway in Oslo, Norway 2018; Tensta Konsthall in Stockholm, Sweden 2019 and Sámi Dáiddaguovddáš in Kárášjohka, Sápmi/Norway 2019. Hætta is educated in social sciences, and has a background in journalism.

[1] The Sámi people consist of several groups, the largest being Northern Sámi. The Mázejoavku members were all Northern Sámi. See also pp. 12–13 of Mázejoavku: Indigenous Collectivity and Art.

[2] Sápmi is the Northern Sámi name of an area stretching across Guoladát/Kola, Northwest Russia, Northern Finland and large parts of Sweden and Norway that is, and has been, inhabited and used by the Sámi. See also page 15 of Mázejoavku: Indigenous Collectivity and Art. Another Sámi art collective, Luoddagruppen (Sw.)/ The Luodda Group(Eng.), was founded the same year on the Swedish side of Sápmi. Two of the members were Maj-Doris Rimpi and Lars Johansson Nutti (1933–2019).

[3] Máze is situated in Guovdageaidnu/Kautokeino municipality in what was then Finnmárku/Finnmark county, on the Norwegian side of Sápmi. Finnmárku is from 2020 merged with neighbouring Romssa/Troms county, now called Romsa and Finnmárku county. The merger was done after a controversial parliamentary decision process comparable to the one that spurred the Áltá Action, and despite heavy protests from a vast majority in both counties. I will throughout the book refer to Finnmárku and Romssa as separate county units, as they were when these events took place. Unless otherwise stated, the geographical names are within the nation state borders of Norway, and the policies and  authorities described are Norwegian. When mentioned for the first time, the Sámi geo-graphical names are given first in Sámi, with the Norwegian/Swedish/ Finnish name after the slash. Subsequently, only the Sámi names are used throughout the book. National states are named in English throughout the book.

[4] Áltá municipality is a one-hour drive towards the coast north of  Máze, where the Áltá-Guovdageaidnu river meets the sea. Áltá has the largest population in Finnmárku county: 20,759 in 2019. Statistics Norway, orig. Statistisk Sentralbyrå (Norw.). About the Áltá Action, see pp. 22, 79, 98 and 116 of Mázejoavku: Indigenous Collectivity and Art.

Credit: This article is an excerpt from the introduction of Mázejoavku: Indigenous Collectivity and Art, published in 2020. COURTESY THE AUTHOR.

Vuostildanfearánat—Sámi stories of resistance is a podcast about indigenizing—sámaidahttin—grounding and growing in Sámi ways of living. We talk about ways of…