A view inside a 2021 installation at the North Norwegian Arts Centre that grapples with the patterns of an unpredictable world. 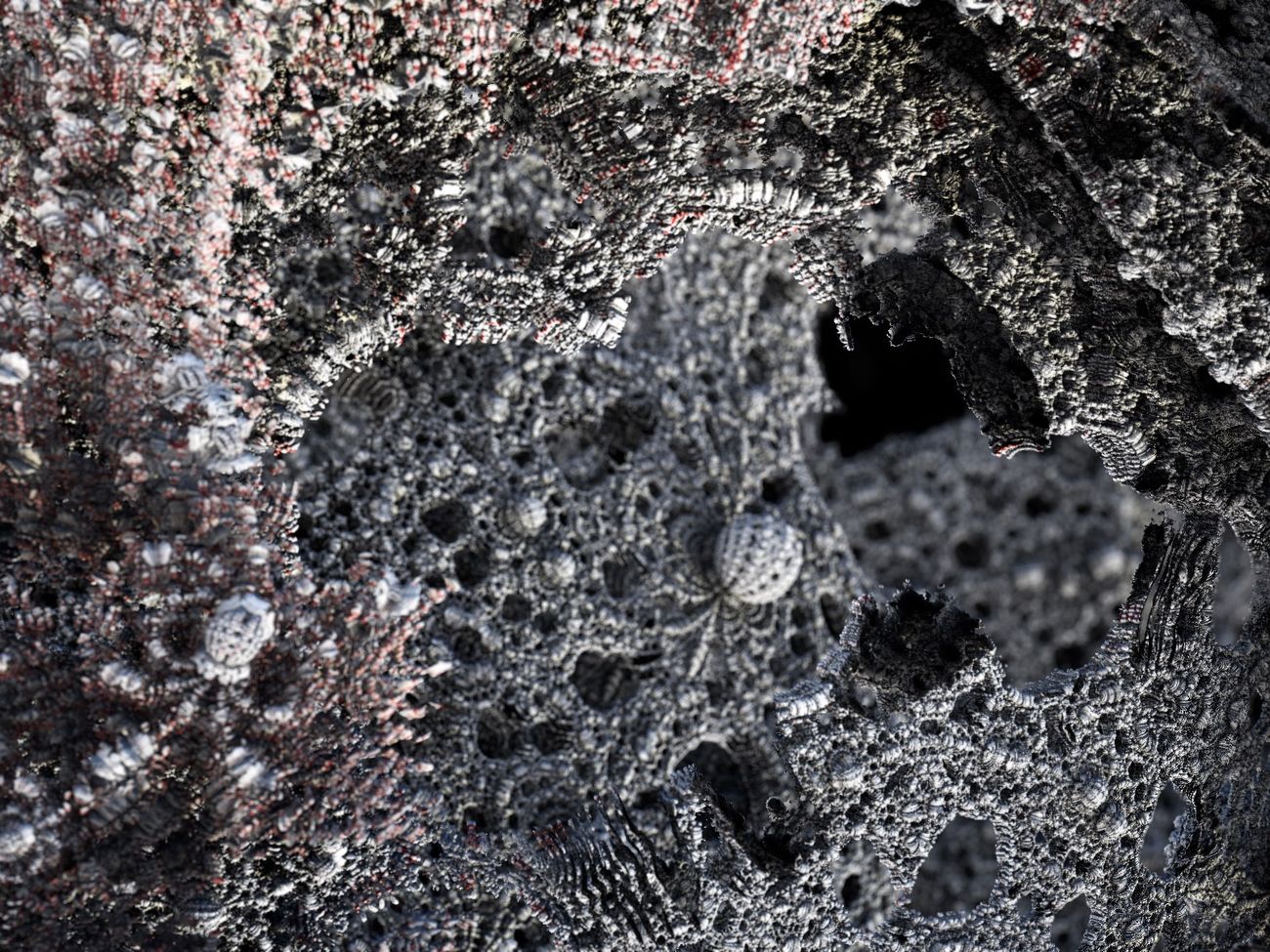 In 2017, Espen Tversland participated in AiR Barents—an artist residency programme on Svalbard. One day, as he gazed out over the landscape, the idea for the exhibition project Hope Springs Eternal began to take shape. On a snow-covered plateau, he witnessed how about 50 snow scooters formed a long snake that cut a road through the landscape. It was this contradictory scene—of people who, in their attempt to experience the tranquillity of unspoilt nature, simultaneously destructively intruded upon it—that intrigued Tversland. In the autumn of 2019, he developed the project further as part of the expedition “The Arctic Circle,” with both artists and scientists aboard a sailing ship in the waters around Svalbard.

Espen Tversland’s multi-channel video installation, Hope Springs Eternal, borrows its title from Alexander Pope’s poem “An Essay on Man.” Projected onto screens of white silk, the 34-minute abstract video work runs in a loop. What is actually unfolding on the screens is difficult to describe in words: It can seem spiritual, mechanical and organic all at the same time. Meanwhile, the work also gives the sense of something continuous, ever-moving, always changing. It is a world with many layers, where something is built up simultaneously as something else breaks down. Where the one encounters the other, and the two are transformed into new shapes and connections. It is an irregular and non-linear evolution. New and complicated relationships constantly emerge. All the while, our experience is affected by the unstable silk’s flapping, caused by the unpredictable movements of people in the room.

In this encounter between the human, the digital and the tactile, we become part of a situation in which all our actions affect our surroundings on some level. This can be seen as a visual metaphor for how we affect our environment every day. Or, as Tversland himself says: “If you buy a melon today, you participate in destroying the world.” And here, in the destruction, lies the core of the exhibition’s theme: acknowledging the paradox that while we want the best for ourselves, our children and our community, it is we ourselves who—through the culture we have built around our way of life—cause the violence that results in ecological crisis. The exhibition title, Hope Springs Eternal, points to how it is part of human nature to remain hopeful until the end is near. Tversland has been concerned with how the hope that technology will enable humans to continue living as normal can in fact hinder necessary change. Hope itself can be destructive—part of our violence against nature.

This violence is also expressed in an at-times bodily-inspired soundscape, which the artist has commissioned from Andreas Nelson and Gyrid Nordal Kaldestad. When they began collaborating, Tversland sent them Erland Kiøsterud’s book Stillhetens økologi (The Ecology of Tranquillity) as inspiration. Like Tversland, Kjøsterud is interested in the relationship between humans and nature, in the ecological crisis and in understanding nature as neither fair, logical nor reasonable.

With an abstract aesthetic, Espen Tversland explores the relationship between humans and nature. When entering into Tversland’s work, we may have the strange feeling of standing in the middle of something we are—at the same time—trying to observe from the outside. It is the feeling of being part of an unpredictable loop, something constantly moving and beyond our control.

To have this experience may seem like a destructive way to face the situation in which we currently find ourselves. But to be reconciled to this strange feeling can also open up a space to ask crucial questions: How can we actually see something from the inside and the outside at the same time? How can we influence the pattern of movements in an unpredictable world? Is it at all meaningful to set goals? How should we approach the future? How can we hinder a crisis from happening at the same time as we create the crisis? What do we need to understand ourselves and our position in the world in a new way? Maybe it is an impossible task. It would, in any case, require a change of perspective. And Hope Springs Eternal, in a sense, is an exercise in changing our perspective—from the anthropocentric to the eco-centric.

Espen Tversland (b. 1970) lives and works in Brønnøysund. He attended the Academy of Fine Art, Oslo (1998–2002), studying 3D animation and video art with Kjell Bjørgeengen and Dagmar Demming. Tversland has participated in several regional exhibitions and won juried prizes at three of them. He made his debut at Norway’s annual Autumn Exhibition in 2003, and is one of the artists chosen to participate in this year’s 75th edition of the North Norwegian Art Exhibition. In recent years, his video works have been shown at international festivals for film, art, and technology, among others, in Punto y Raya’s world tour (2018) and in Besides the Screens in Brazil (2019). In 2021 Tversland participated in the NOoSPHERE Arts Rooftop series We Are Nature in New York.

Tversland is motivated by science, spiritual experiences, feelings, phenomena and materials which he collects and processes. He asks large and small questions about human intervention into nature. His artistic practice is process-driven, and the works often take the form of photos and videos.

Credit: This video was originally published by the North Norwegian Art Centre in 2021.

This story is part of the Norway Partner Spotlight. View more content from the Spotlight here.