Critical Text: After a visit to the Igloolik Isuma Productions video archive, housed at the National Gallery of Canada, a curator and archivist reflects on the complicated nature of a video archive and what questions this repository raises. 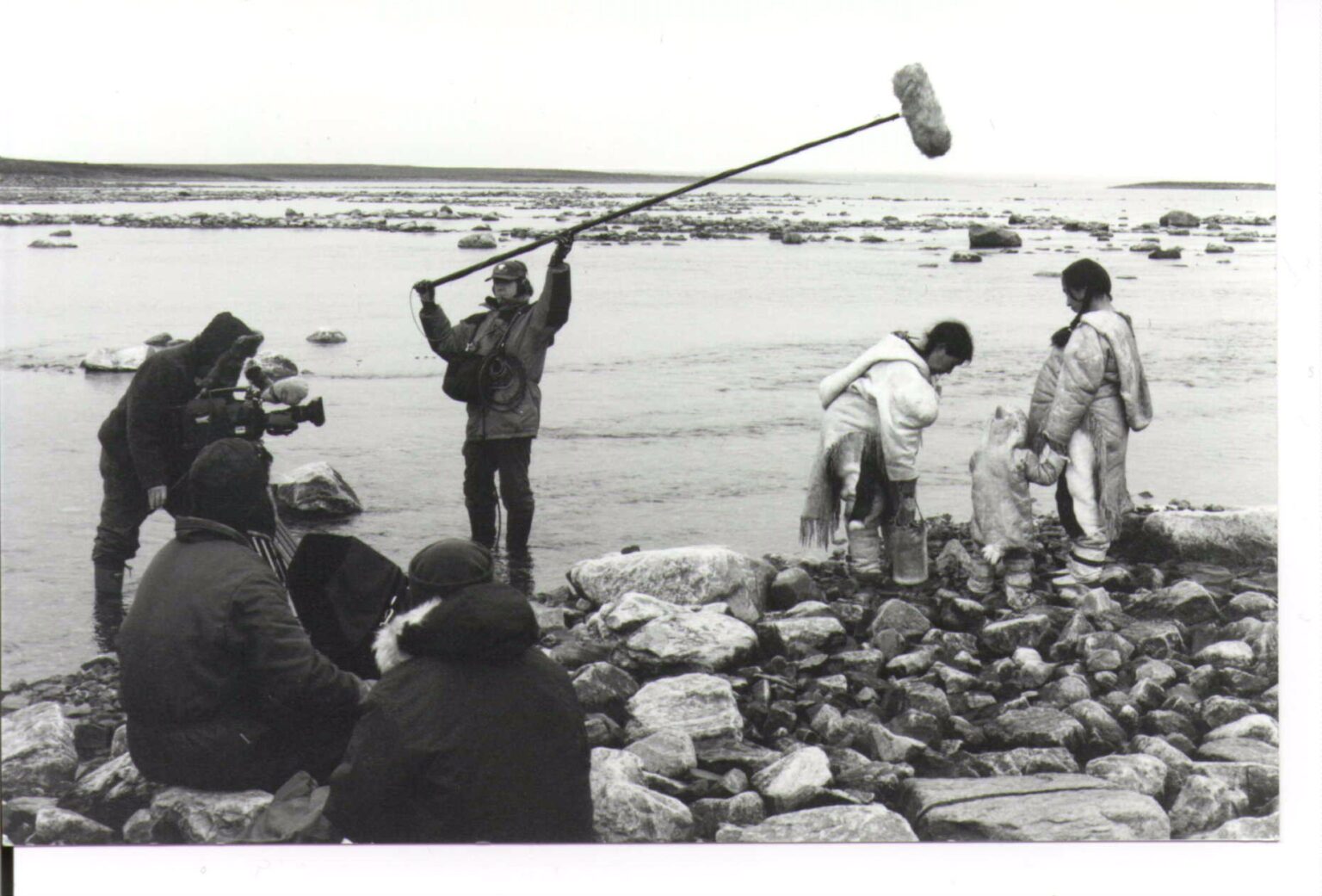 Containing never before seen recordings, interviews and documentation of local events as well as raw footage of both realized and unrealized projects from almost 20 years, the Igloolik Isuma Productions video archive, housed at the National Gallery of Canada in Ottawa, ON, provides an important look at the breadth of production by the collective Isuma. After a visit to this collection, a curator and archivist reflects on the complicated nature of a video archive and what questions this repository raises.

On January 29, 2019, I visited the Library and Archives of the National Gallery of Canada (NGC) in Ottawa, ON, with the purpose of viewing some of the footage from the Igloolik Isuma Productions video archive. The collection was acquired by the NGC in partnership with TD Bank Group in 2011, after Isuma filed for bankruptcy and their assets were liquidated.[1] Efforts were made to have the culturally relevant material acquired by a Nunavut purchaser, but they ended up in Ottawa instead.

Personally, as an archive and film enthusiast with strong family ties to Iglulik, NU, the exciting adventure began with the finding aid. What is contained in the hundreds of cassettes and the thousands of hours of footage? How do I narrow down my selection? Could I just quit my job and watch it all? Reluctantly, I chose a sliver from the options and landed on a variety of footage types: production footage for daydream sequences in Saputi (Fish Traps) (1993), community member interviews discussing the experience of making Qaggiq (Gathering Place) (1988) and unused 1998 footage for the first attempt at shooting Atanarjuat: The Fast Runner (2001), which was successfully filmed in 1999.

After making my selection and liaising with the archivist, visiting the quiet media room was a cloud-like experience—hazy and elevated. Set up with a television and headphones connected to VCR, Betamax and U-matic players, this was my explorer’s portal, my moment to time travel. I saw cousins and aunts and community members as they were 20 to 30 years ago. I watched footage of children who now have children of their own. Admittedly, I shared screenshots with family so that I could let them know the kind of teleporting I experience in my work.

The Isuma video archive contains raw footage from 20 years of realized and unrealized productions, as well as unique recordings of local interviews and events. Much of this material has never been shared. It cannot be found on IsumaTV.[2] Initially, I was struck by the laughter in the behind-the-scenes footage. I was surprised to hear laughter on set and in frame since representation of Inuit in film is not often in the context of comedy.

I had heard from family members about an early attempt to shoot Atanarjuat. In 1998, a year before production began on the version that would go on to win the Caméra d’Or at Cannes, filming started and then was cancelled on a different version. This visit to the archive was my chance to watch some of the resulting footage. As this material was not made into a finished narrative, the obvious thing to do was to compare individual scenes to some of those in the 2001 feature. To me, the shaman scene that plays out early in the film was the most interesting. It is a scene that I pay close attention to in the final Atanarjuat, since my father plays the role of Kumaglak, the camp leader. The 1998 version contains an extended scene of the ritual duel within the igloo, where the knotted shamans are circled by floating parkas. The parkas chase each other throughout the igloo, invading the space of the sitting spectators. This footage captures every angle—the shamans wrestling in the foreground, the igloo residents leaning out of the way of the parkas and point of view shots of a parka as it circles the igloo. Did the final film pare down this sequence to retain the veil of the shamans’ mystical journeys?

This is the fun of an archival exploration. I can question and imagine the filmmaker’s decision-making. What is happening behind the camera? This video archive is important, as the individuals associated with Isuma have been the firsts in many areas. Isuma is a clear step towards Inuit controlling the creation of media for Inuit, by Inuit. The archive is a research stockpile for those wanting to see how the work was made. For example, the footage shows that crews spoke Inuktitut, English and French. We can now answer questions such as “What instructions were given to the actor in that specific scene?” or “How did they do that?” My favourite technical example are the shots from the 1998 Atanarjuat of a mechanical walrus head rising out of an ice hole, take after take after take.

With limited time and hours and hours of video footage to watch, I decided to switch to other material. The daydream footage from Saputi caught my interest, since it was an innovative exercise. In the 1990s, Isuma Productions imagined what Inuit in the 1930s dreamed about—like a Back to the Future (1985) or Austin Powers (1997) play on remembering. The production footage that stands out to me is in relation to the river-jumping dream that had director Zacharias Kunuk, OC hidden behind a hill so that he would be out of frame. Watching the final Saputi, I now know which mound Kunuk waits behind, the summer tundra landscape leaving few places for the crew to hide.

The final batch of footage I selected included interviews from the production of Qaggiq. I wondered how much I would understand, since I have lost my Inuktitut, but I found that the greatness of video is that there is so much else to take in. The people I recognized, only younger here, wearing the latest 1980s fashions, and the homes, with families being interviewed inside—occasionally interrupted by telephone calls—were the closest connections to the past I could imagine. The videos reminded me of other documentaries that have featured some of the same community members. Iglulik has a lot of film experience as a whole. Everyone in the community has been influenced by video productions. This archive is itself part of a larger local historical record that is a great treasure, one that is most meaningful to the families of Iglulik.

I have a hard time deciding what impressions or messages to take away from my visit to the Igloolik Isuma Productions video archive. The importance and connection were plain, but they are hard to express and share. A video archive really needs to be seen first hand. Maybe my uneasy reaction reflects the nature of the archive—limitless and ever changing. Archives can contain everything and therefore the material has to be sorted by the exploring viewer, with the help of personal interest. In the meantime, until I return to the media room, I am collecting questions for the archive: Exactly how many times did Natar Ungalaaq have to run naked across the ice?

[2] IsumaTV was launched in January 2008 as a collaborative multimedia platform for Indigenous filmmakers and media organizations. The platform allows users to create their own channel of content and currently carries over 6,000 videos, in addition to thousands of other images and audio files in more than 80 different languages

Author biography
Jessica Kotierk is the Manager and Curator of the Nunatta Sunakkutaangit Museum in Iqaluit, NU. Born in Ottawa, ON, and raised in Iqaluit, Kotierk has studied both film and museum conservation. Her conservation studies have focused on the preservation and management of Inuit artifacts in collections around the world, including those of the Inuit Art Foundation.