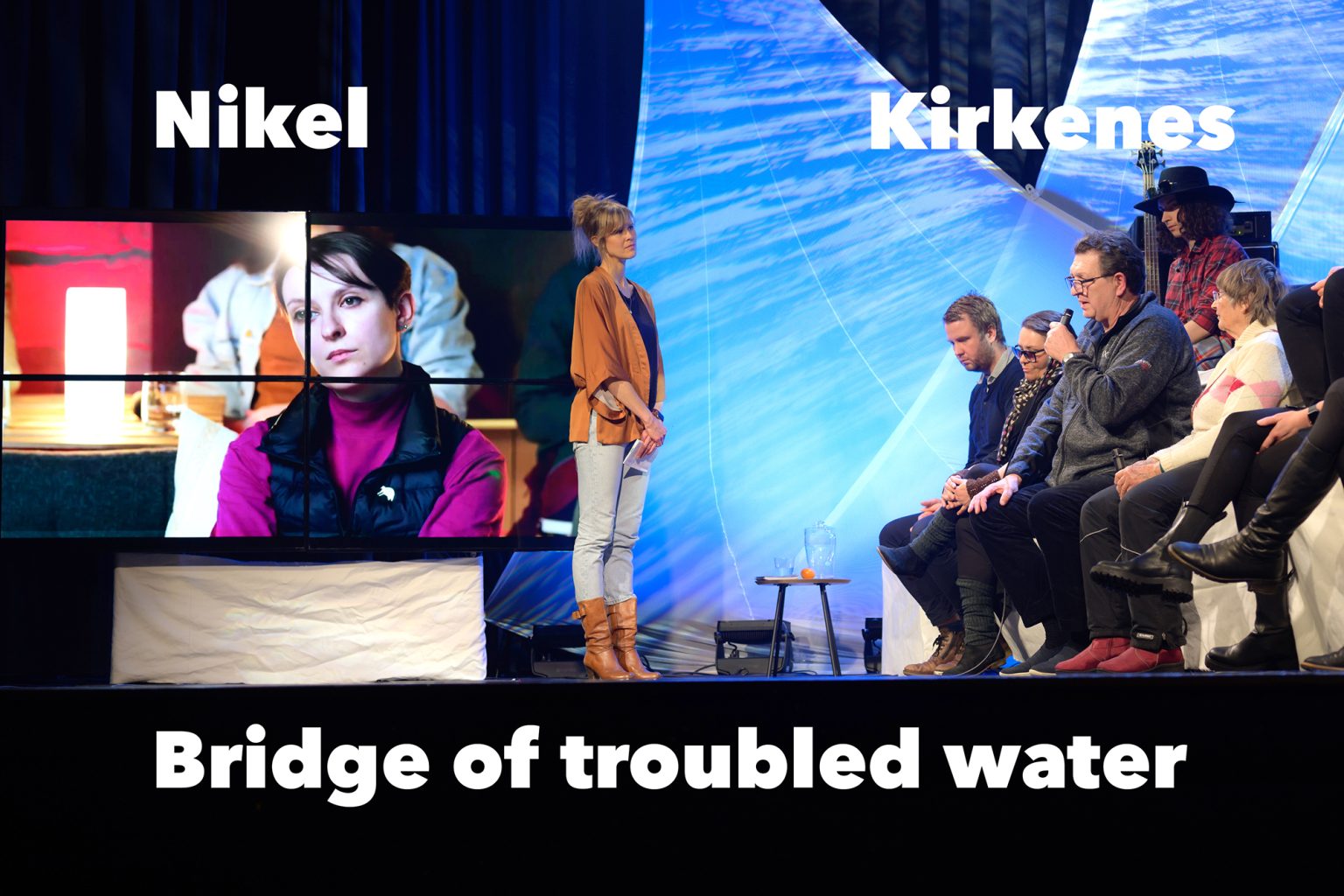 Join the Barents Secretariat and Pikene på Broen for a two-part event on Thursday June 9. All times are CET (Central European Time).

20:30 CET
Part II: Samizdat in a new era
Hosted by Pikene på Broen
Pre-registration required. To join Kvartirnik ONLINE (or OFFLINE in Kirkenes) get in touch with Evgeny Goman: evgeny [at] pikene.no

Credit: These videos were originally published by the Barents Secretariat on June 15, 2022. COURTESY BARENTS SECRETARIAT.

Norwegian–Russian relations are at a freezing level as war rages in Ukraine. What kind of cooperation do we see for the future as these historically close ties are navigating through troubled water?

In cooperation with the art curators Pikene på Broen, The Barents Secretariat invites viewers to a live online Talking Barents event. What have been the accomplishments during 30 years of Barents cooperation, and what kind of possibilities do we see for the future?

Carl Christian Lein Størmer organized a broadcasting bridge between Kirkenes and Nikel three days after the Russian invasion in Ukraine. The model was based on a similar broadcast between TV studios in Tromsø and Murmansk during the cold war in the late 1980s. As borders seem to be closed for a long time ahead, we ask Størmer: Are digital bridges the only contact we can plan for?

During the Barents Spektakel in February, Pikene på Broen organized an art project in the Pasvik Valley, using sound to communicate across the border to Russia. However, the sounds from Norway were never responded to from the Russian side. Follow our live broadcast to hear Evgeny Goman from Pikene på Broen explain why the Russian partners were not able to respond to the Norwegian sounds.

Kvartirnik: Samizdat in a new era

Samizdat is translated from Russian as self-publishing. This was a popular anti-censorship grassroots practice when manually produced and copied publications were passed from reader to reader because most printing devices required permission to access. Is it coming back today with the digital prints we are leaving?

The term “kvartirnik” appeared in the Soviet Union for informal events held in apartments by musicians, actors and poets after being banned from performing on stage because they didn’t fit the Soviet cultural agenda.

Dmitry Kozlov is a сandidate of historical sciences and researcher of social history of the late Soviet culture. Dmitry has published works on samizdat, underground literature, dissidents and underground political groups. Dmitry will tell us about samizdat. How is it different from the other forms of independent book publishing? Who wrote, spread and read underground texts in the late Soviet period? And why is it so important to study samizdat today?

Anastasia Patsey is a curator based in St. Petersburg, Russia and working internationally. Anastasia graduated from the St. Petersburg State Stieglitz Art Academy and holds a dual Master of Arts degree in Curatorial Studies from St. Petersburg State University and Bard College, New York. She will speak on tech in samizdat. Typewriters, carbon paper, photography, X-rays, silkscreening—all of these were used to publish underground journals, albums and records. This is how the recognizable esthetics of the unofficial USSR publications appeared. And it still can inspire today.

Vuostildanfearánat—Sámi stories of resistance is a podcast about indigenizing—sámaidahttin—grounding and growing in Sámi ways of living. We talk about ways of…