A Visit to Teriberka, Accompanied by Komafest

Project Spotlight: A cross-border project documents one woman’s shifting relationship to her homelands. 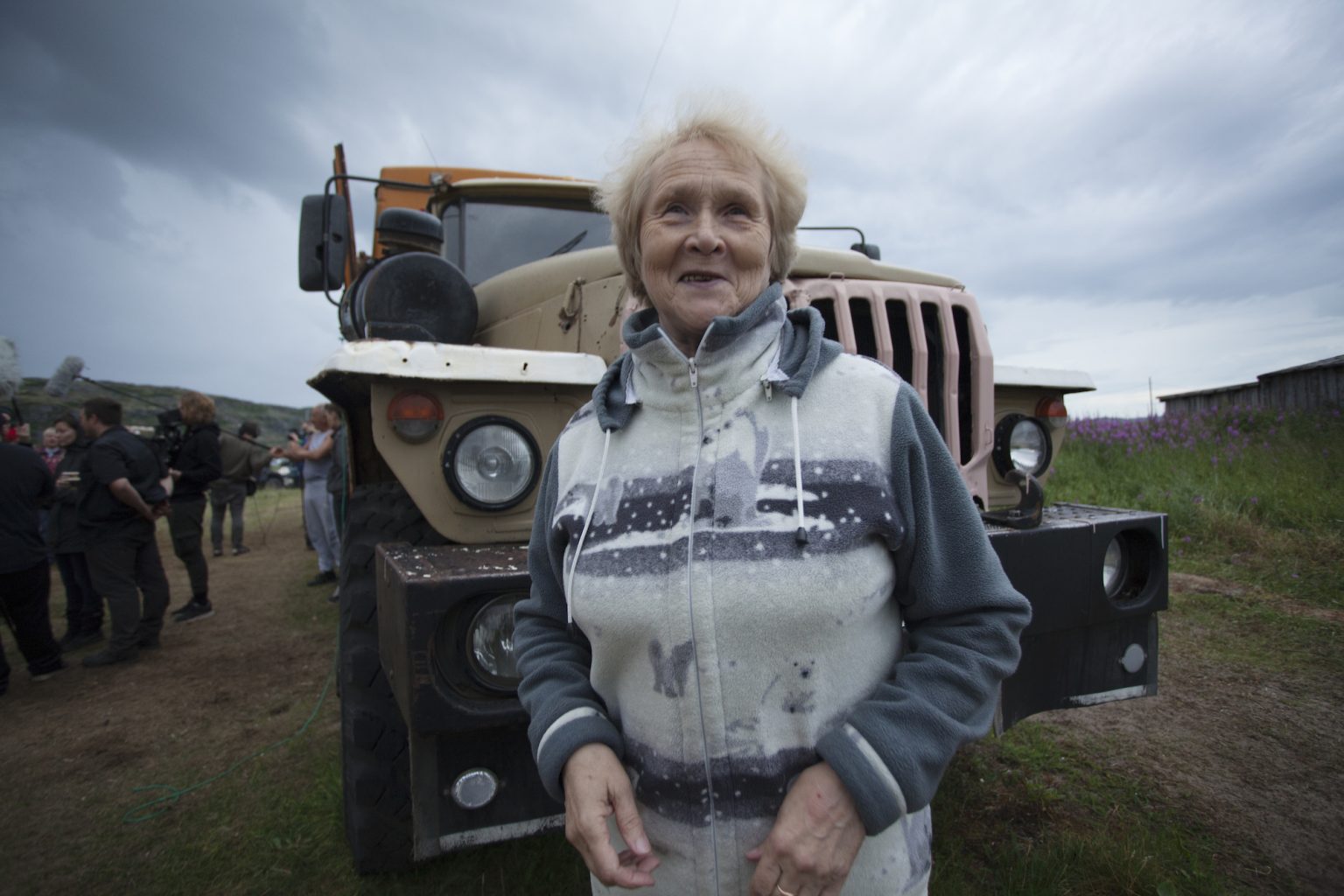 A strong and quiet woman, Natalia, is one of few inhabitants of the small town Teriberka. Today, her hometown is almost unrecognizable from that of her youth. It holds stories of people who have been taken from their land, but also of those who choose to fight for their homes. Natalia is a voice that echoes the sentiments of many in her community but also in the world beyond, where smaller communities are being lost to geopolitics, commercialism and global agencies that are far beyond their reach.

Note: This project was organized prior to the Russian invasion of Ukraine. See Barents Secretariat’s statement on the invasion and cross-border cooperation here.

Natalia, now in her seventieth year, has experienced dynamic shifts in the course of her lifetime. Action, reaction, change, adjustment. From the Stalinist era, through collectivisation, the Sámi’s forced relocation to Lovozero, the booming era of her hometown’s fishing activity, the militarization and then subsequent opening of the region. In her lifetime, she also witnessed the decline of the village, residents’ relocation to different communities and the selling of land to external stakeholders from faraway places. Then, the invasion of tourism and decline and whitewashing of the old village, and the emergence of capitalism and privatization. All these experiences have produced, for Natalia, a feeling of being overwhelmed and turned into a stranger in her home, as a massive influx of visitors from elsewhere in Russian and beyond enter this small hamlet. Yet she still dreams of the home she will build with her husband on the bank on the Teriberka River.

Komafest invites you to cross the Russian border with us, and explore the small town, Teriberka.

Read the portrait of a woman and her town, “Layers of Rock,” written by Brona Keenan.

About Komfest
Komafest works with art projects, in communities that live on the edge and face issues including national centralization and privatization of natural resources. Komafest uses creative approaches to address these challenges. This interdisciplinary collective aims to inspire people, create arenas for conversations and reflection and ultimately take action. Komafest: New Chapter is an ongoing project in Teriberka (RU), led by Brona Keenan, Bertine Tønseth, Pøbel and Svein Harald Holmen.

Artist biography
Nima Taheri (1979) is an Oslo-based, multi-talented photojournalist, videographer, director and editor. Together with the artist Pøbel, he has traveled around the world presenting his art, in addition to visual ethnographies of the cultures and people they meet along the way. In 2016 they visited Teriberka (RU), where Taheri has since captured many transient moments through the lense.

For more information, read the article, Like a Phoenix (in Norwegian and English) or watch the video, For the Love of a Place:

The projects Komafest have carried out in Teriberka were supported by BarentsKult.

Unfortunately, people-to-people cross-border cooperation in the North has long been constrained due to the increasingly authoritarian regime in Russia. The situation for civil society is now extremely difficult, and the uncertainty arising from Russia’s military attacks makes effective cross-border cooperation even more challenging. Unfortunately, the impacts of this will be felt at the local level, particularly by people living in the north.

While the Norwegian Barents Secretariat stands behind the Norwegian government’s demand that Russia immediately ceases its military operations and seeks a peaceful solution, we will continue to support people-to-people cooperation and contact. In the current situation we have suspended contact and cooperation with official Russian entities, but encourage contact and cooperation with independent Russian artists and organizations.